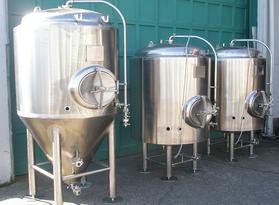 Ironwood Brewing opened for business on August 16, 2013. Ironwood Brewing Company is considered a tasting room/bar facility (you must be 21 to be on the property) - a place where fans of craft beer can meet for stimulating conversation and a couple of great brews. This is not a sports bar; there are no TV’s on the premises!

Ironwood beers are best described as “true-to-style” with an occasional twist. The beers are all generally malt-forward but balanced with a nice variety of hops.

Local ingredients used in the brewing process include Indiana malted barley and corn, honey, and hops.
​ 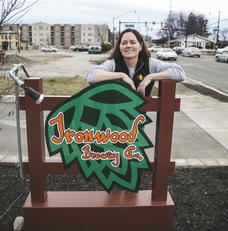 ​Ironwood Brewing is located at 6 Roosevelt Road in Valparaiso, Indiana. The building is a 1930’s brick house, formerly used as a private residence; it was purchased in 2012.

Ironwood’s bar was built using reclaimed maple from old restaurant tables. The tap handles are all uniquely hand-carved – many are made from ironwood or other local woods. A new brick patio was installed in front of the building in June of 2014.

"THERE ARE NO STRANGERS AT IRONWOOD BREWING, ONLY FRIENDS YOU HAVEN'T MET YET!" 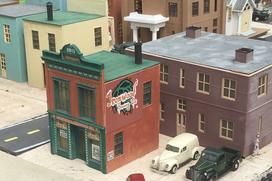 Brewing equipment consists of a 3 BBL mash tun and kettle, which were purchased out of a storage facility in Berkeley, IL.  In their past life, this equipment had been used by one of Chicago’s earliest microbrewery operations – Golden Prairie. A 3BBL “Grundy” tank was also part of the original equipment purchase. Additional 7 BBL bright tanks and fermenters were acquired from an equipment dealer in Oregon. Additional cold storage capacity was added in 2015. 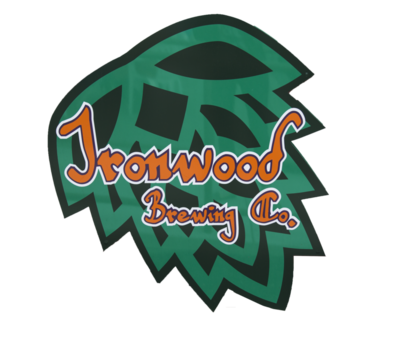